It started from the suggestions for improvement of recordation regulations on Jakarta Stock Exchange (currently named Indonesia Stoch Exchange) that governed the regulations for emitents recorded on Jakarta Stock Exchage that obligated to appoint Independent Commissionaire and to establish Audit Committee in 1998, Corporate Governance (CG) started known to all public companies in Indonesia.

Subsequently, government of Indonesia signed the Letter of Intent with International Monetary Fund (IMF) that encouraged to make a more condusive climate for the implementation of CG. Indonesia’s government founded a special institution named National Committee concerning the Corporate Governance Policy (Komite Nasional mengenai Kebijakan Corporate Governance/KNKCG) through Decree of Coordinating State Minister for the Economic, Financial, Industry Number: KEP-31/M.EKUIN/06/2000. The main duties of KNKCG are to formulate and prepare the national policy recommendation regarding GCG (Good Corporate Governance), as well as to initiate and monitor the improvement in the field of Corporate Governance in Indonesia.

In 2004, Government of Indonesia expanded the duty of KNKCG through Decree Letter of Coordinating Minister for Economic of Republic of Indonesia No. KEP-49/M.EKON/II/TAHUN 2004 regarding the formation of National Committee of Governance Policy (KNKG) that expanded the scope of duty concerning the Governance Socialization not only in corporation sector, but also in public service sector. 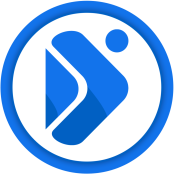 How can we help you?

Contact us at the Pratama Indomitra office nearest to you or submit a business inquiry online.